Since I have such a small layout I wanted to add some visual interest by the Fluke Transformer structure so I decided to add an outdoor transformer storage are.  Here’s what the project looks like to date.  The “pad” is just sitting on top at present. 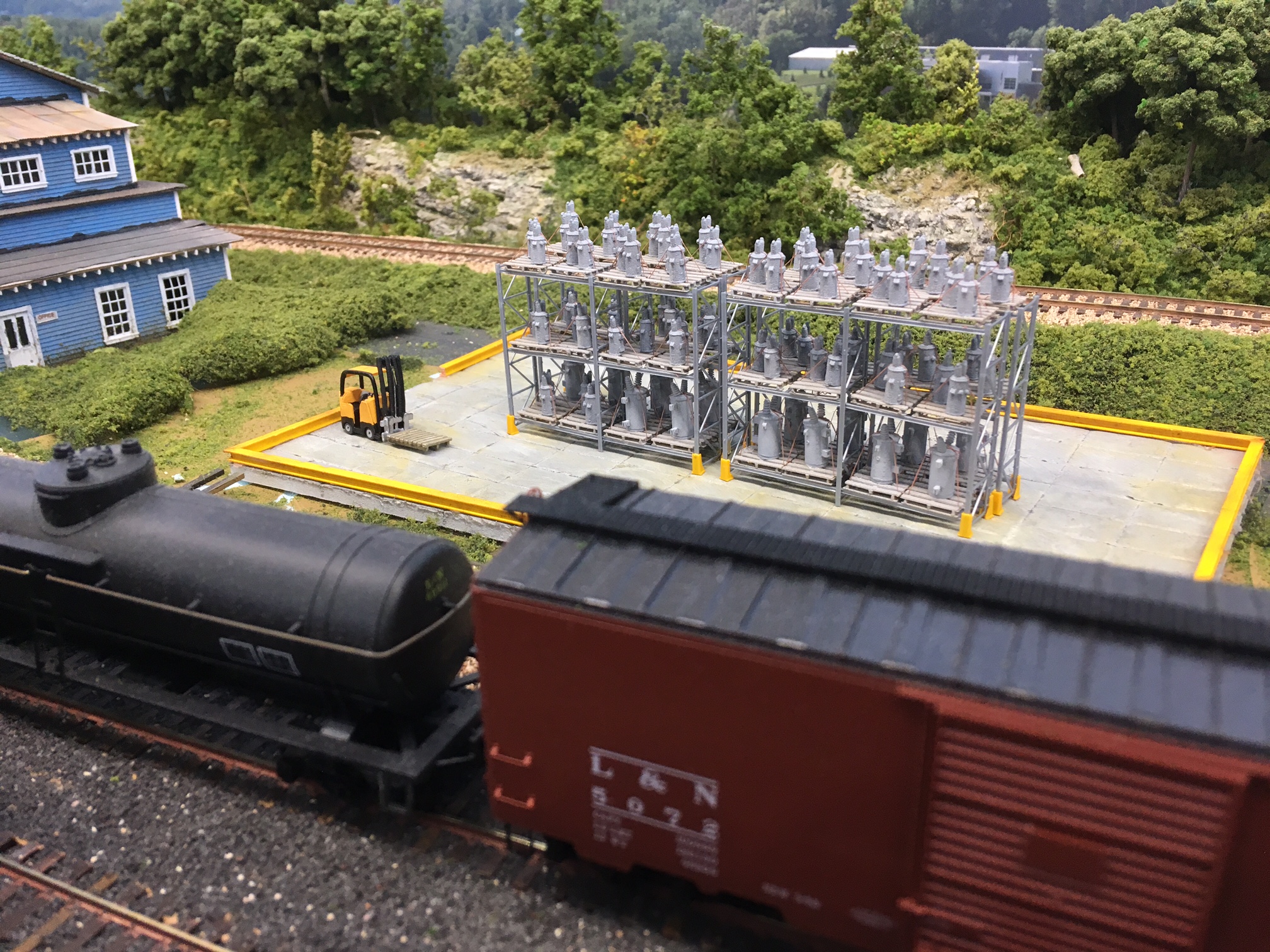 This is a closeup picture of the transformers, pallets, and shelving: 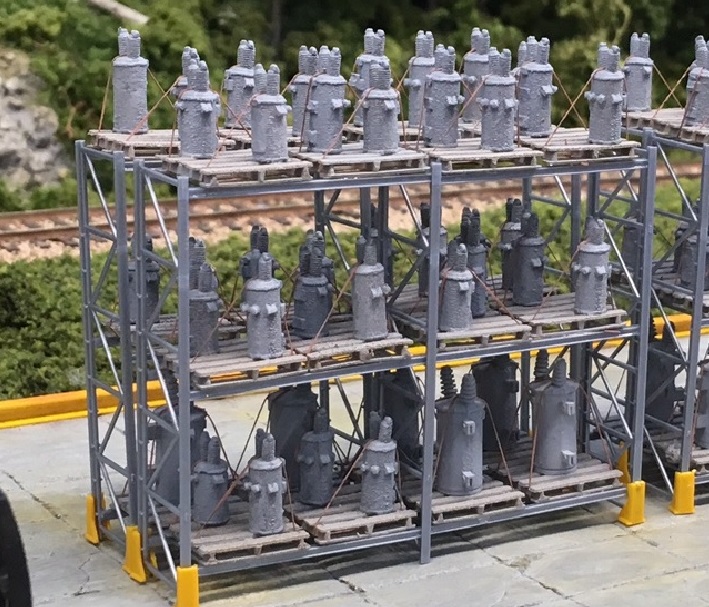 I started by assembling and painting a bunch of pallets: 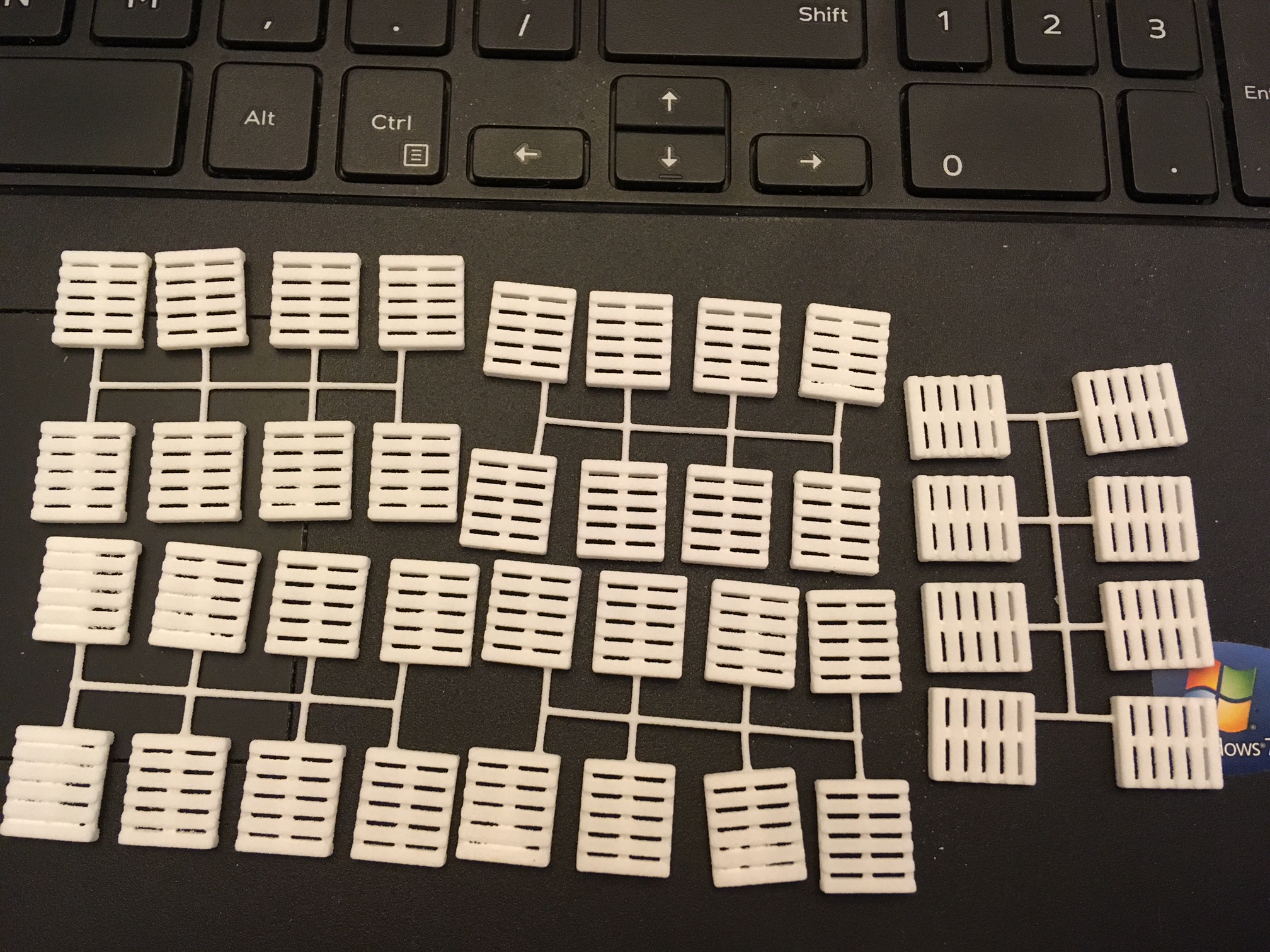 The transformers are a Shapeways item as they were MUCH cheaper than buying the cast metal items: 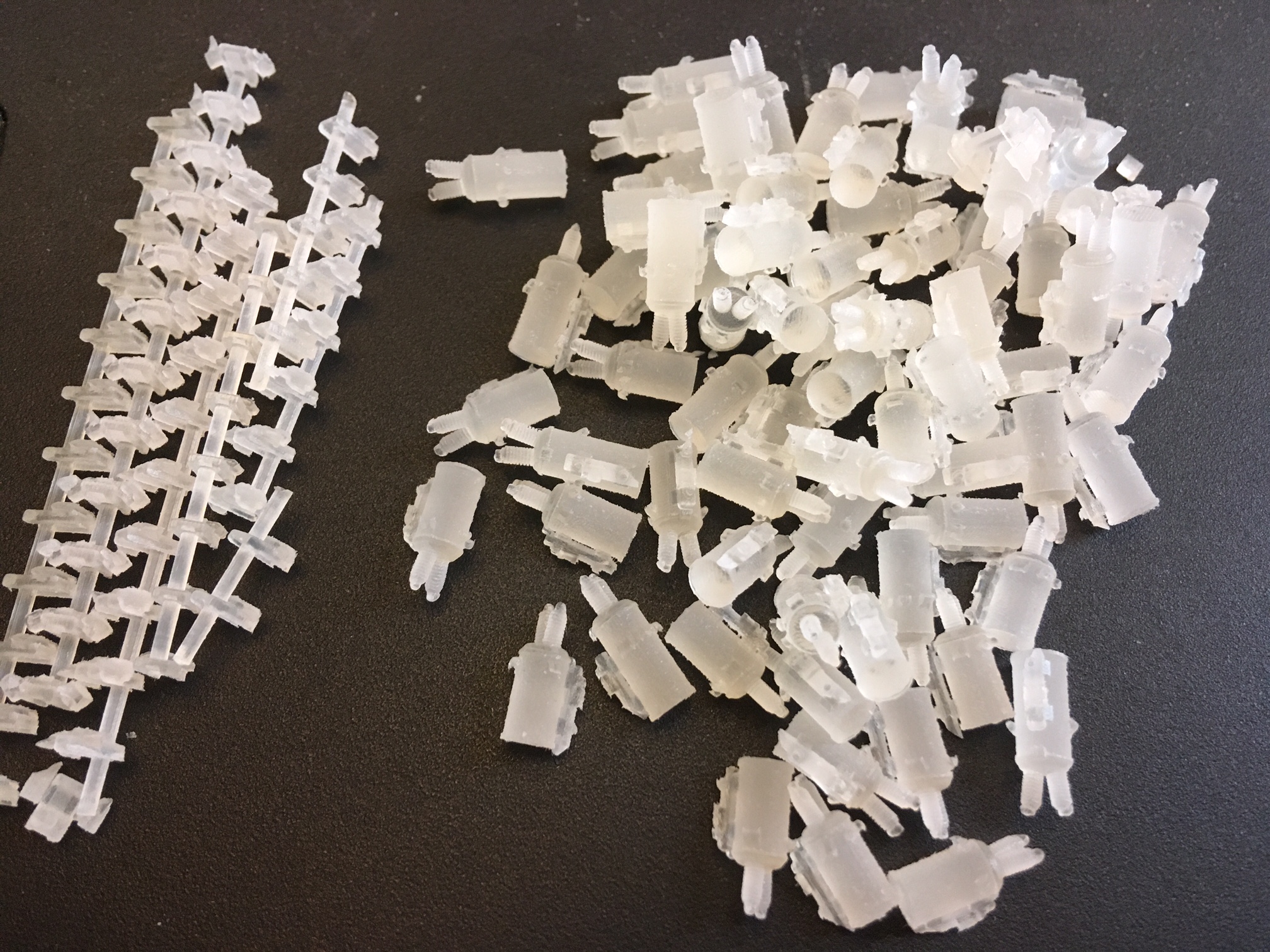 I did have to Superglue on those pesky little insulators! 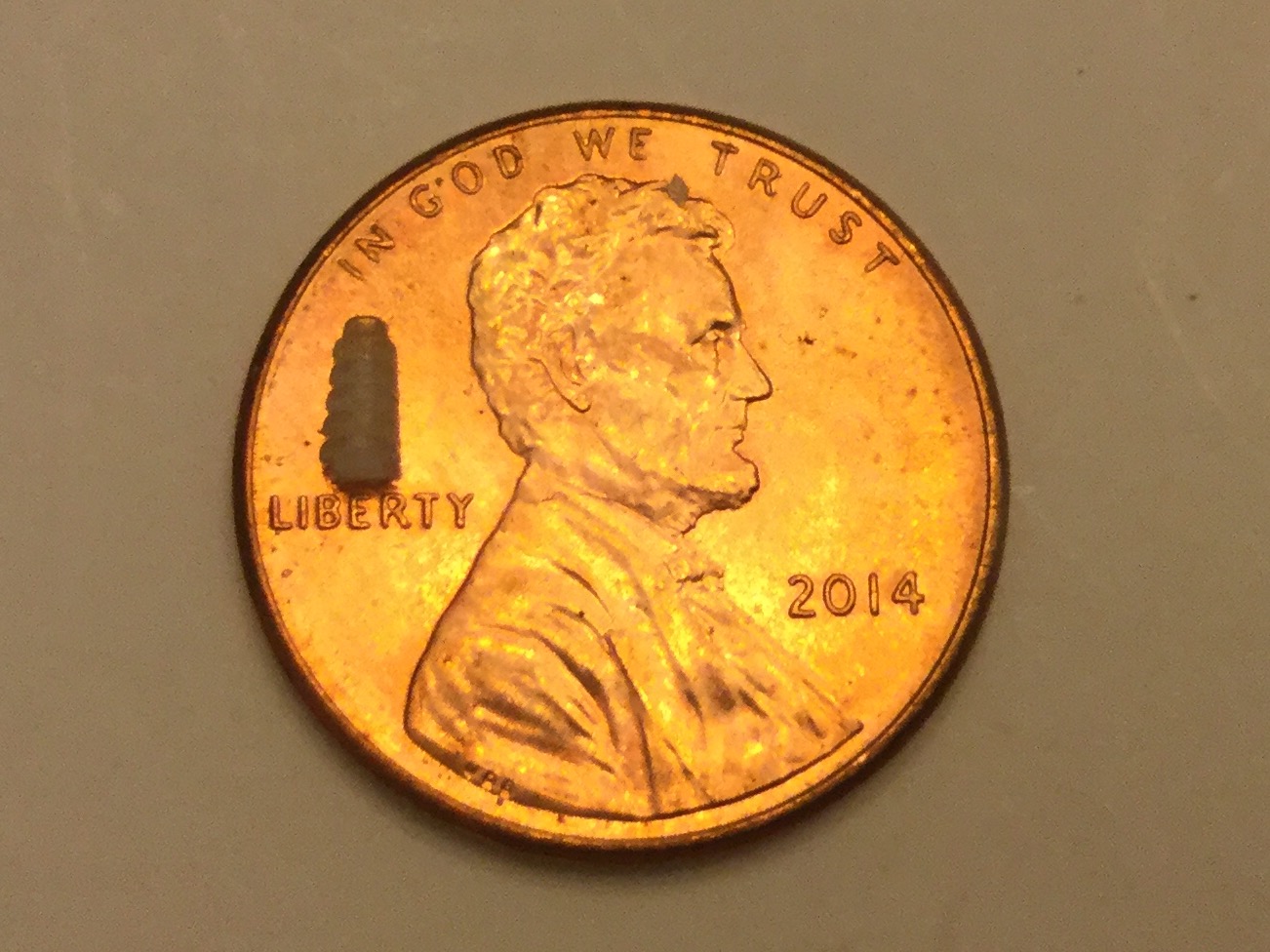 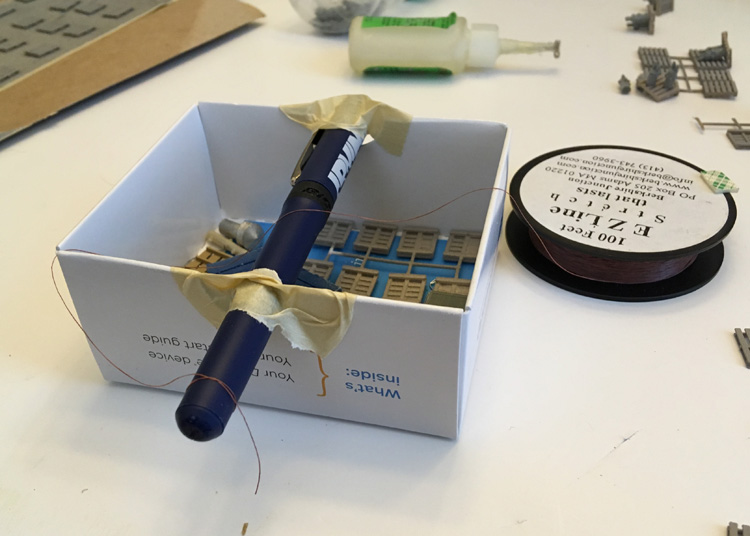 And here is a tied loop: 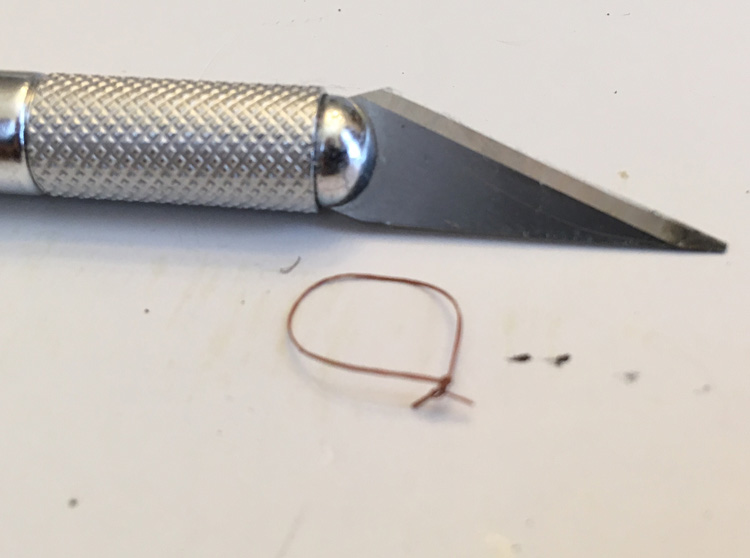 This is a completed pallet with two transformers and the “banding”: 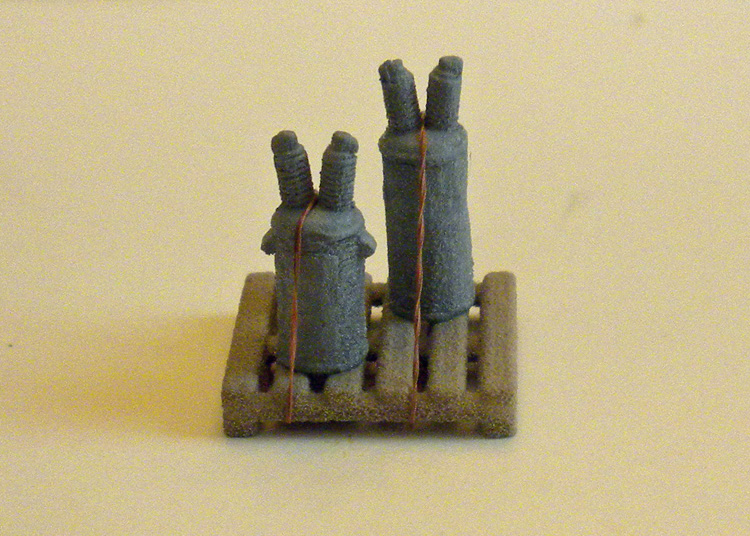 For shelving I purchase and assembled Preiser #17125 racks. 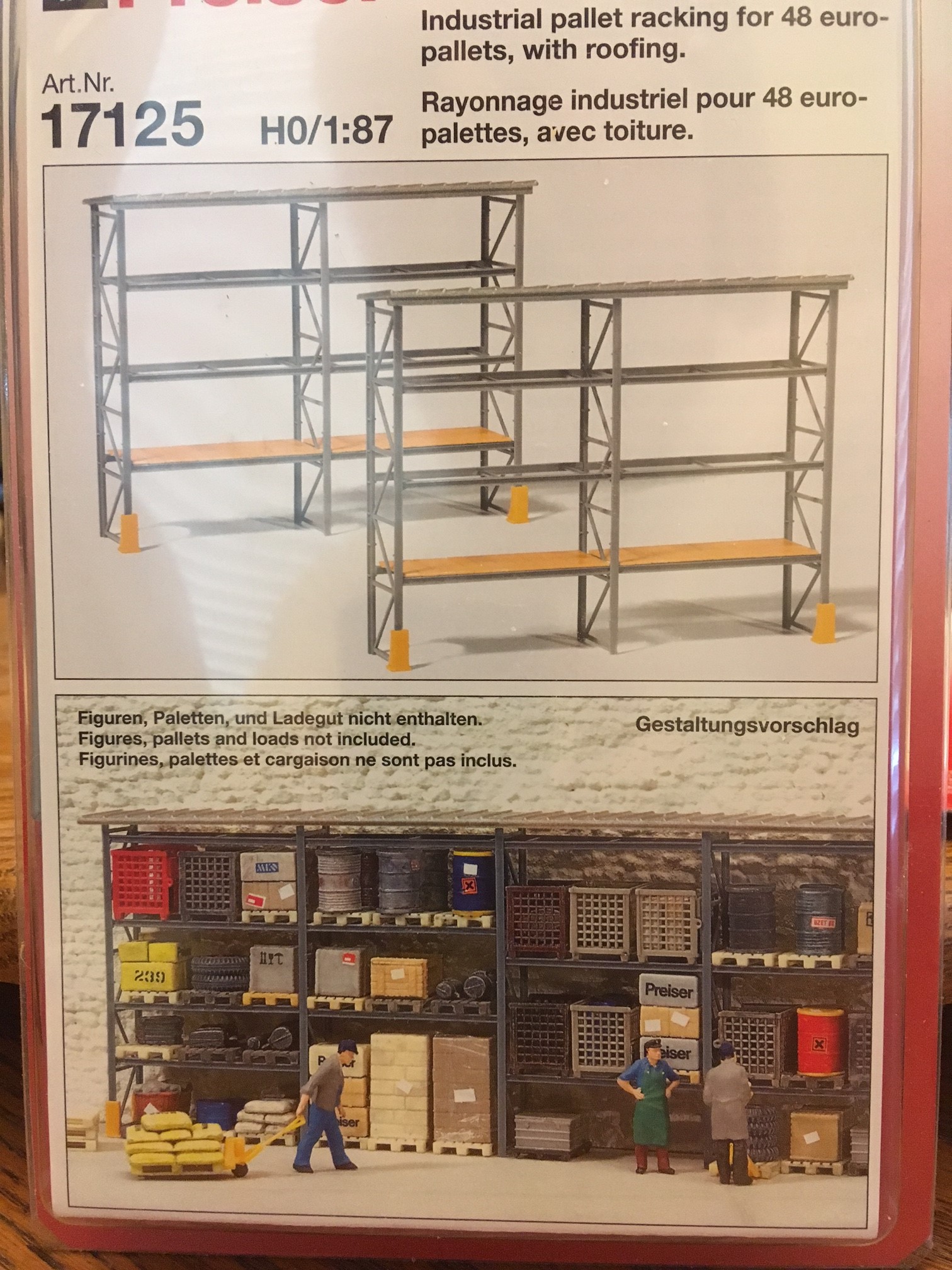 It was a little tricky to get the shelving assembled, but I got it handled: 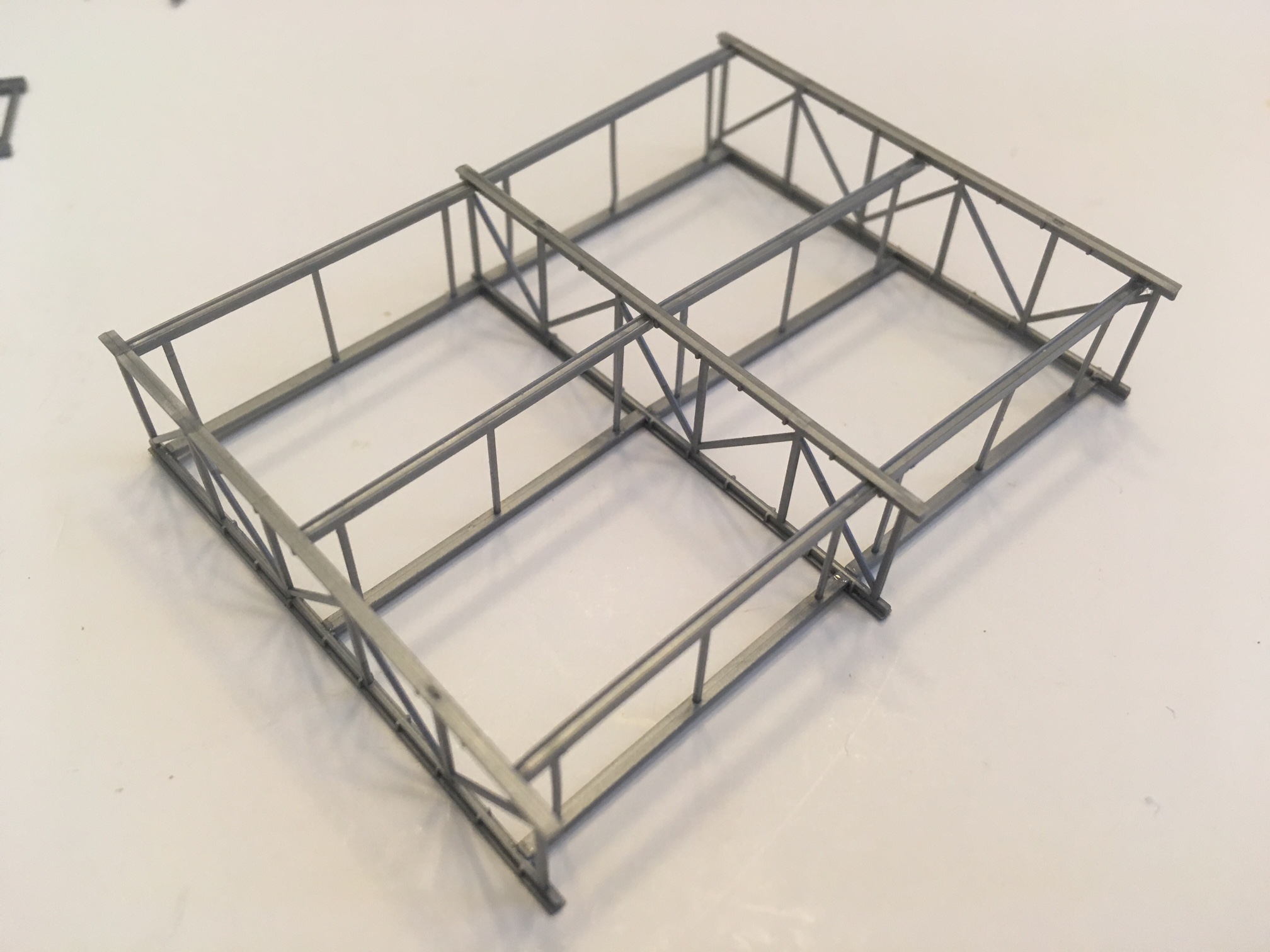 For a base I used a piece of foam board that I scored, painted and weathered.  I added some “H” beams around the outside edge.  I used two different sized of transformers putting the bigger transformers on the bottom shelves.  I’ll later add some junk on the pad and add other details. 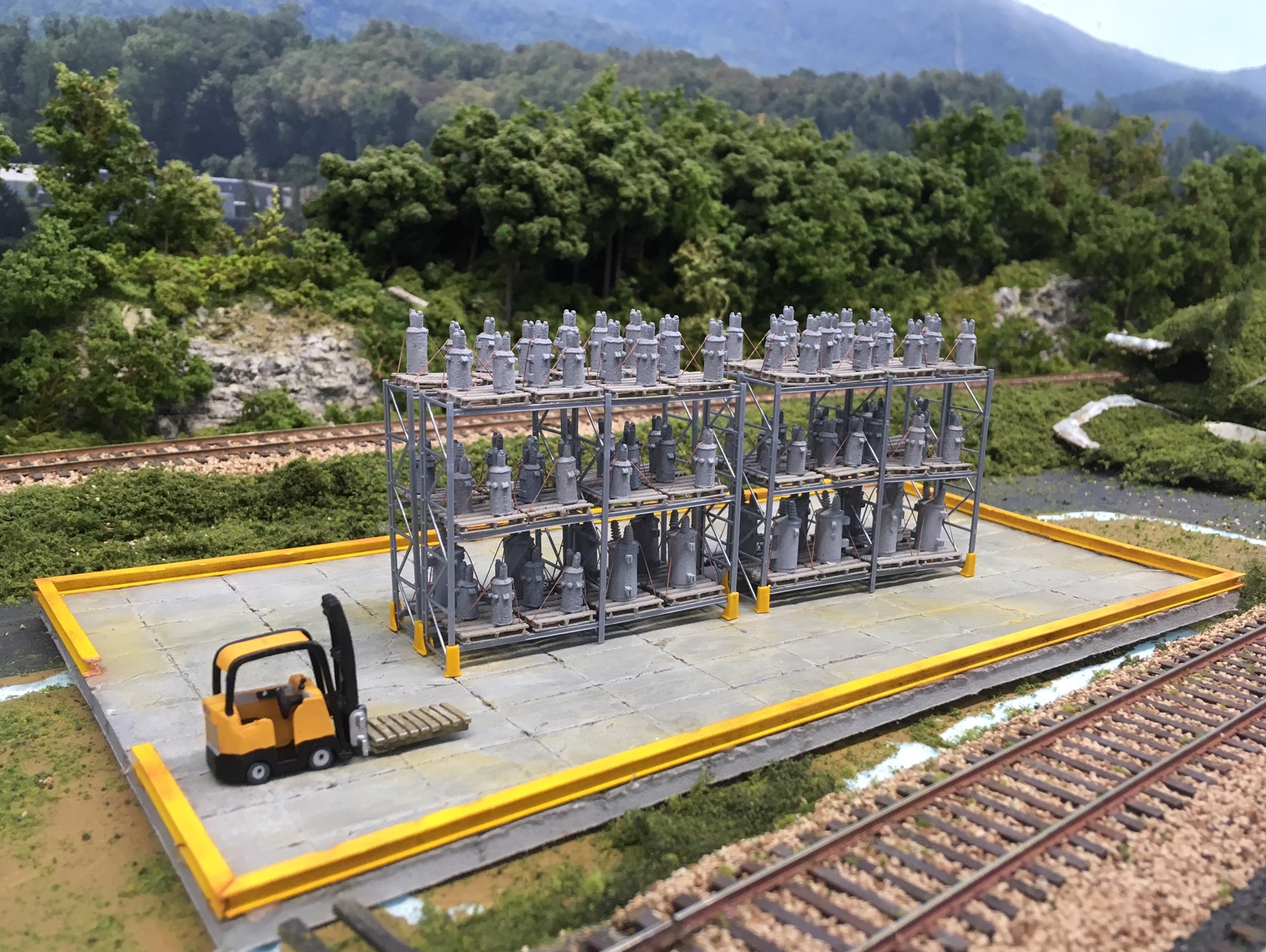